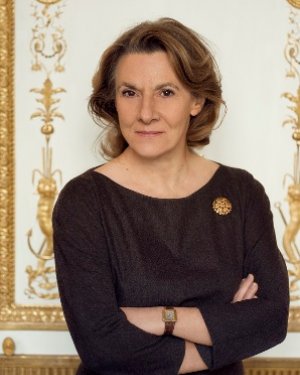 After studying History and political sciences, Catherine Pégard started her career in 1977 as a journalist at J'informe, a daily newspaper launched by Joseph Fontanet. She then joined the political desk of the Quotidien de Paris directed by Philippe Tesson.

In 1982, she joined the weekly news magazine Le Point as a journalist on the political desk. She left as Editor in Chief 25 years later. In addition, from 1994 Catherine Pégard published a weekly ‘carnet’ (notebook) fed by the corridors of power. At the same time she debated political current affairs with Jean-Marc Lech on Radio Classique. From October 2004, she also co-hosted the ‘Les Femmes et les Patrons d'abord’, a TV programme with Alexandra Golovanoff on Paris Première.

In May 2007, Catherine Pégard left Le Point to become adviser to the French President, Nicolas Sarkozy. She thus joined the circle of members of staff closest to the President.

Catherine Pégard was appointed President of the Public Establishment of the Palace, Museum and National Estate of Versailles at the Council of Ministers of August 31, 2011. She took up her functions on October 2, 2011.